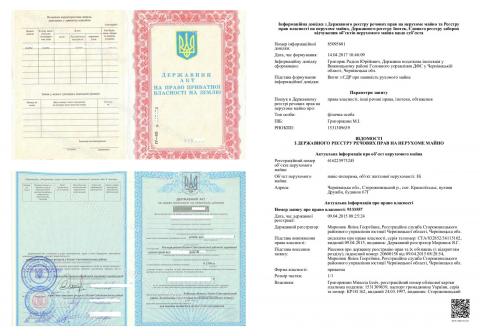 Often in my work as a real estate broker (realtor) I deal with the sale of land and, consequently, with documents proving ownership of land, I as a specialist have to distinguish between all kinds of these documents, which for 20 years of land reform gathered about a dozen , I as a realtor understand everything because I follow the changes in the law, but my clients who sell land is not often difficult to monitor the relevance of samples of documents certifying the ownership of land. I often hear on the phone, we have everything in order with the documents, we have a state act, but not everything is so simple here, so I decided to clarify the situation with the documents proving the ownership of the land. 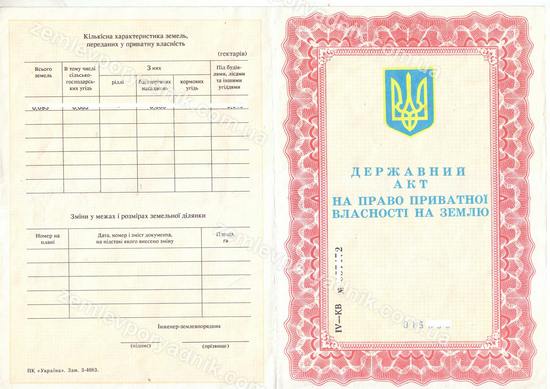 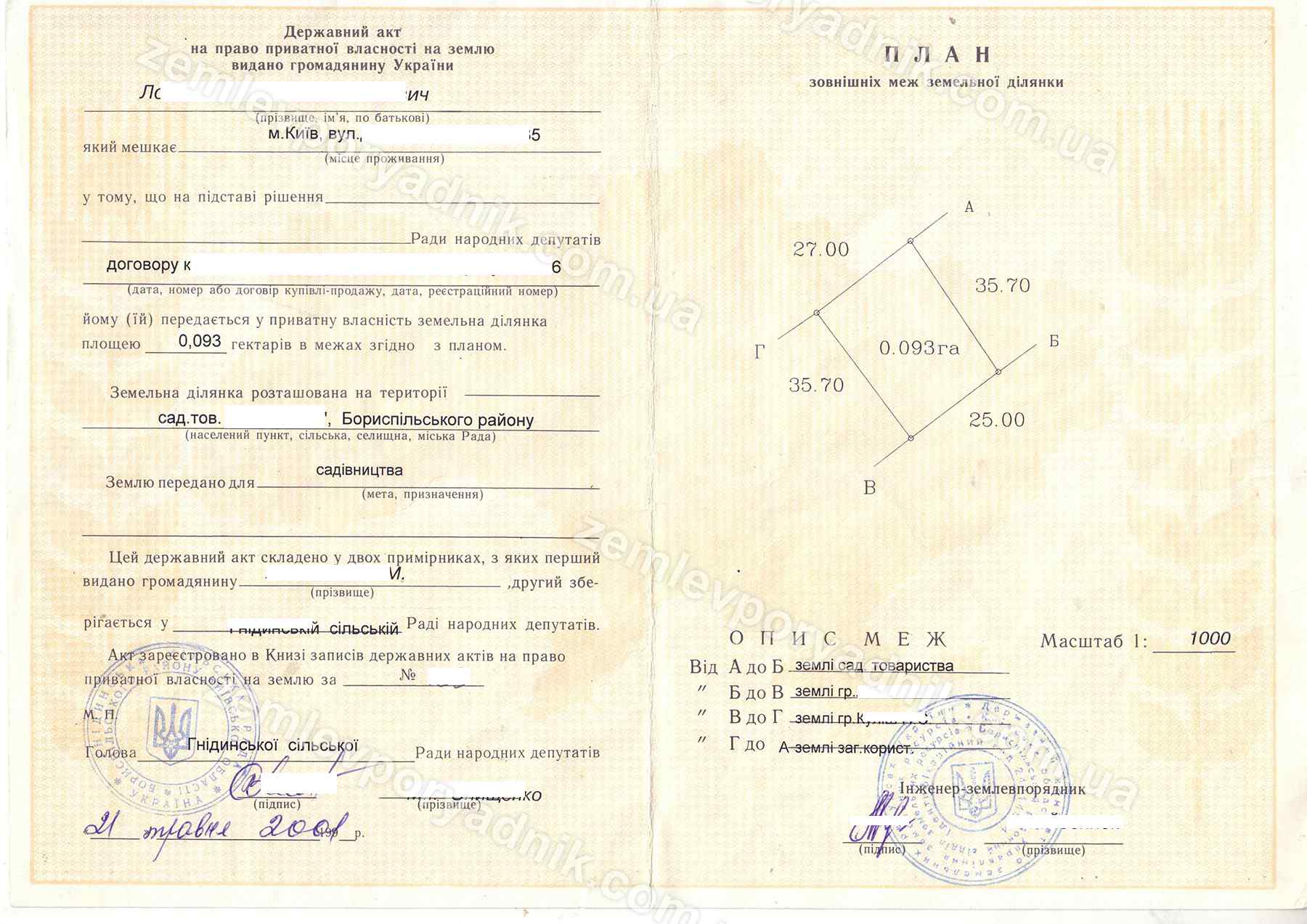 The first document that began to be issued from 2001 to 2009 during the privatization of land was a state act of ownership, it was a form of approved state model, with the series and number of the form, the state act was information about the owner, plot address and scheme of size, intended use, on the back there were additional marks such as possible restrictions or the number of owners. On this sample act could be placed information about several sites with different target use.

The state act on the ownership of the sample of 2001-2009 was replaced by an improved sample with improved protection, this is a protective metal strip with the number and series YES and the design itself, which is difficult to copy. also on this sample it was possible to place several sites but only one target use, but the main and very important difference was not the act itself but the procedure of land management works, which were already performed in coordinates with reference to the state coordinate system SC 63, here each site cadastral number was assigned. The cadastral number is a unique number as a person's identification code, according to the cadastral number you can find a plot in the cadastral map of Ukraine, and most importantly, if you lose full-scale boundary markers, you can always restore boundary marks based on coordinates from the cadastral map. 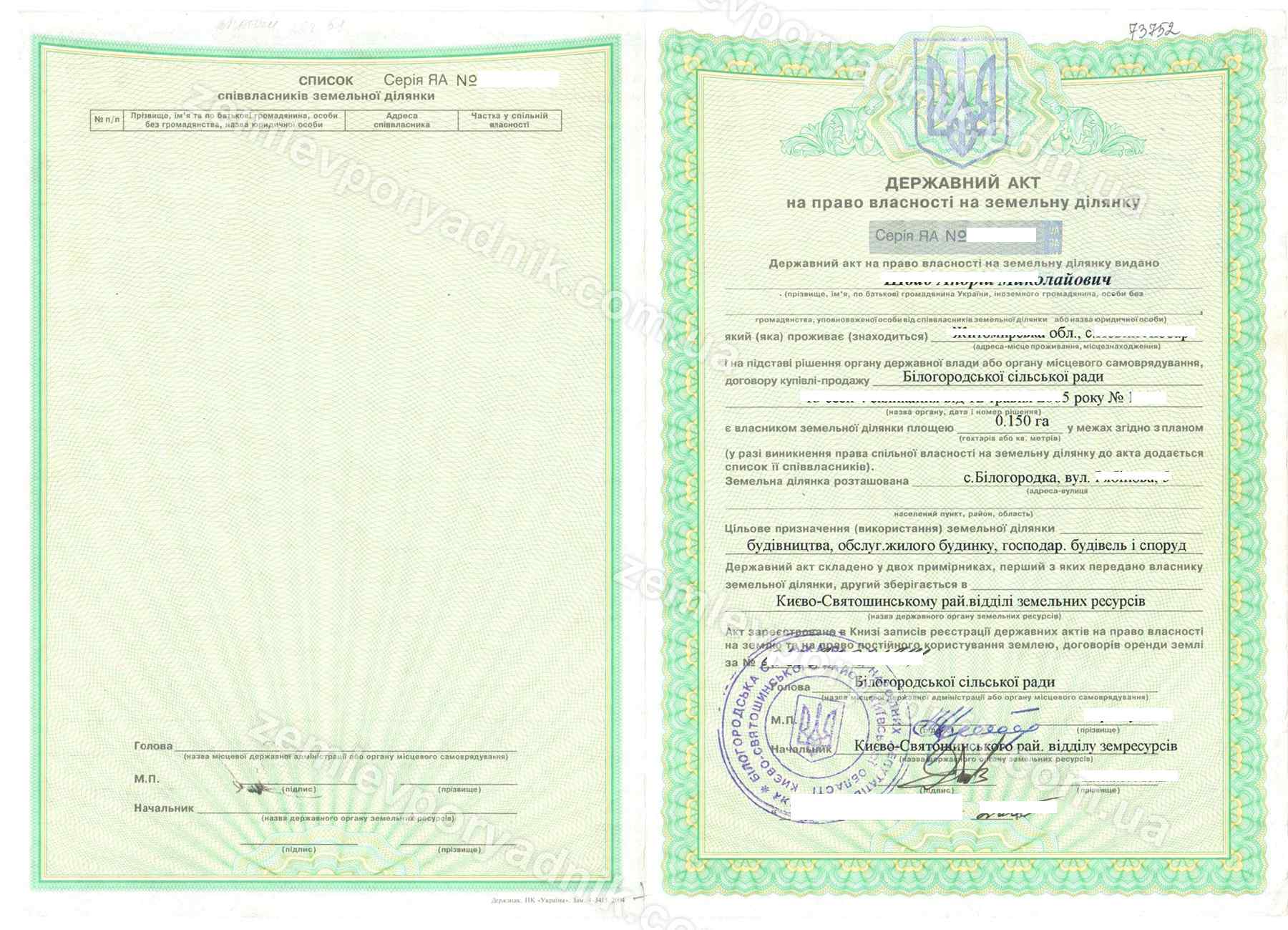 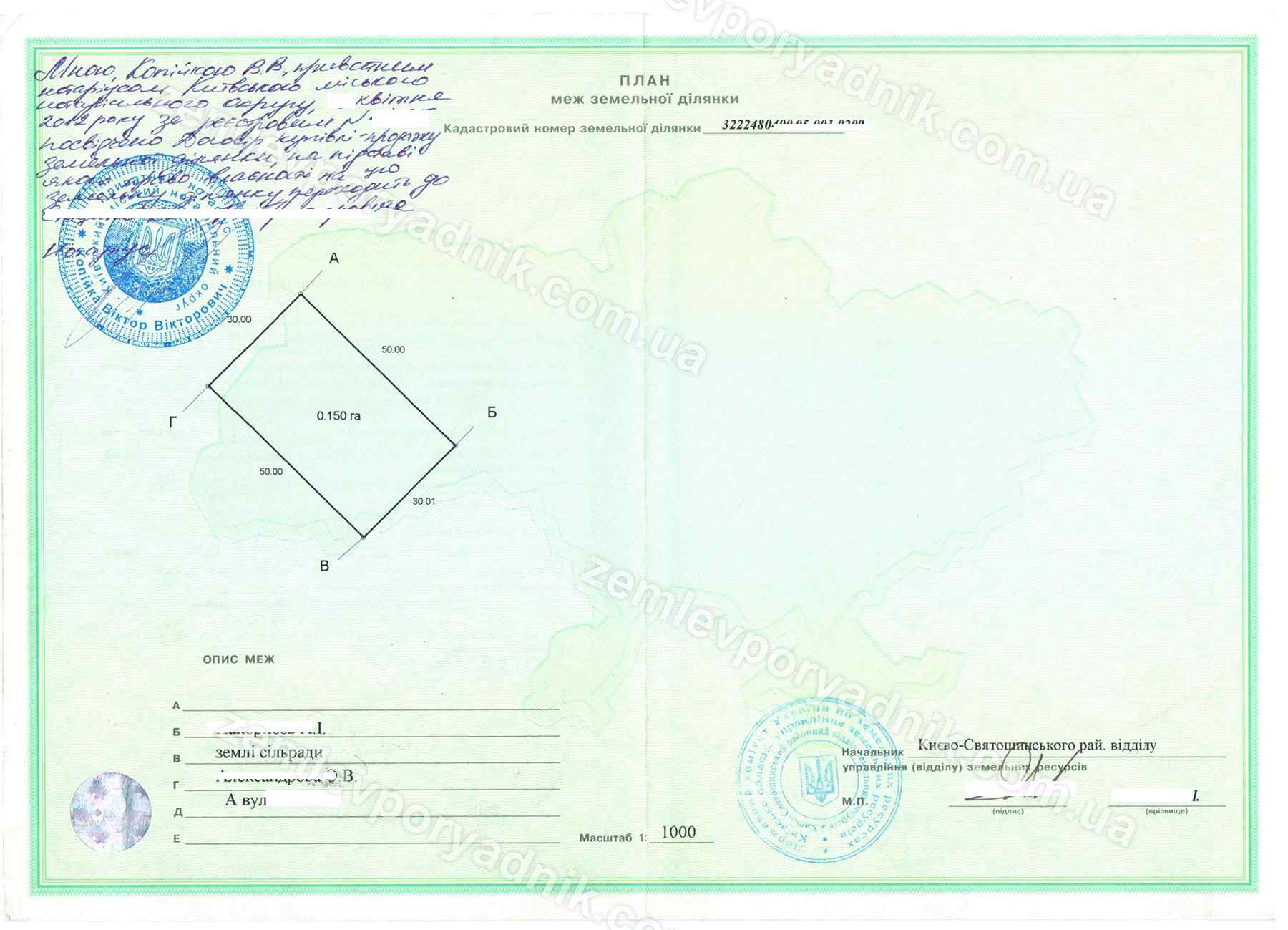 In 2012, the design of the state act was changed, but according to the rules, there could be only one land plot in the state act. 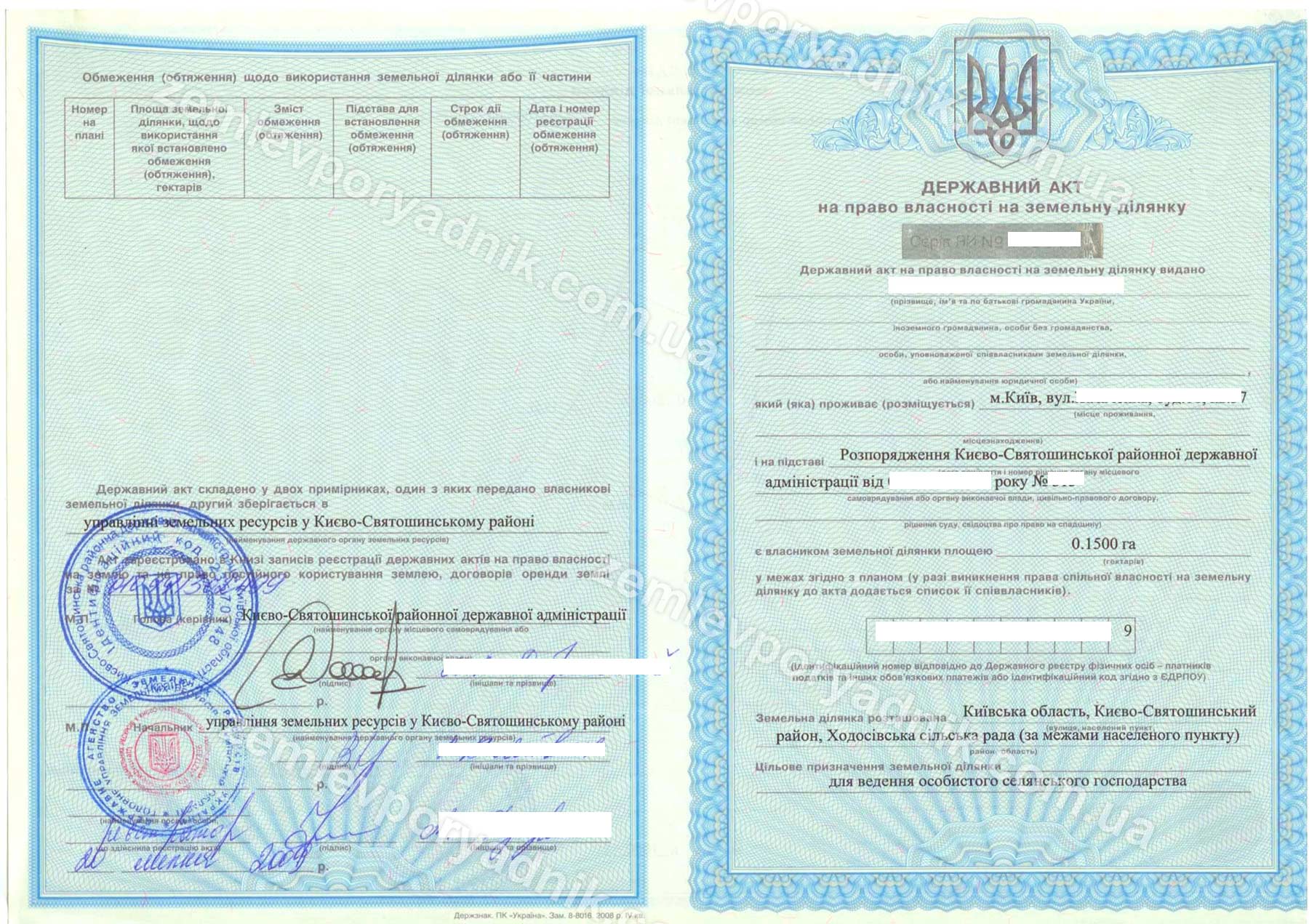 In 2014, a single database of real property rights was created and a new model of the document "Certificates of ownership" was developed and approved. Since then, for me personally, the document has begun to degrade both design and information and protection, with protection clearly all data are stored in digitally, therefore, paper media becomes irrelevant to protect, but since 2014, important information has disappeared from the certificate, such as the size of the land and to know the size you need to take an additional document, an extract from the state land cadastre. 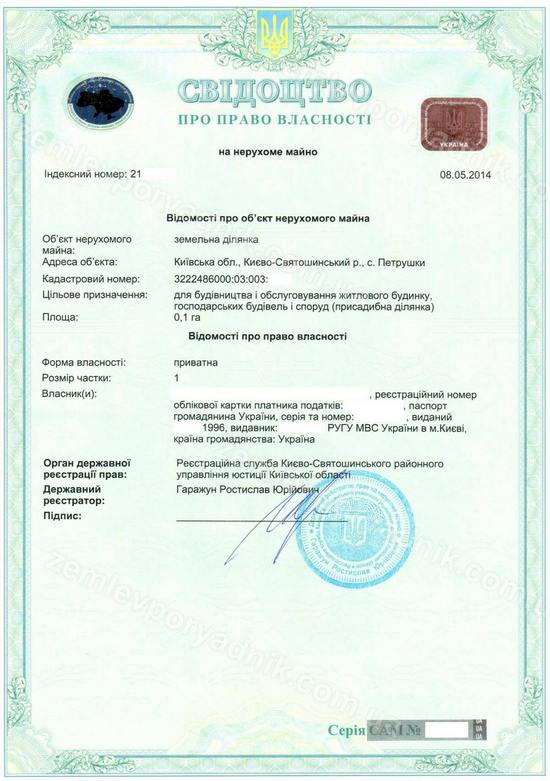 In 2016, the document certifying the right of ownership of the land changed its name and became known as "Information certificate from the state register of real property rights, in appearance it is just a white sheet with the text,

As of 2020, for the sale of land in the presence of state acts it is necessary to have an information certificate from the DRRP and an extract from the state land cadastre issued no later than 30 days before the date of sale of land

There are no comments yet 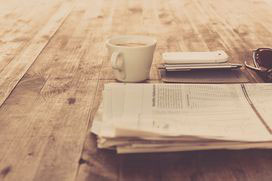 An article about a holiday in the Carpathians, a variety of holidays for the whole family. We will help you...

We often hear that every citizen of Ukraine has the right to receive land free of charge, but not everyone... 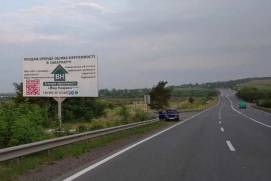 Our real estate agency has started to provide a new ambassador with real estate advertising on big boards.Alquiler de vallas... 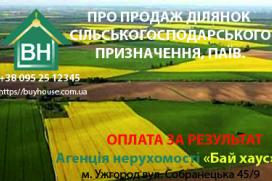 On lifting the moratorium on the sale of shares and the sale of agricultural land, we will help sell land.